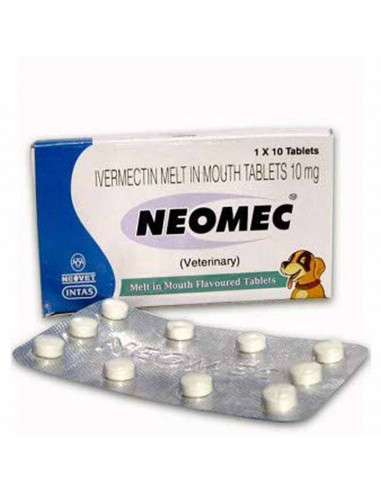 No reward points for this product.

For treatment of intestinal worms, mostly mites, some lice, also include mange. The medicine isn't effective within the elimination of ticks, flies, flukes, or fleas. Because the eggs & larvae on the floor will mature and come back to the host.Effective against larval heartworms, but not for adult heartworms, though it may shorten their lifespan. The dose of the drugs must be very accurately measured, thanks to it's highly toxic in over-dosage.

Sometimes administered with the mixture of other medications to treat a broad spectrum of animal parasites. Some dog breeds (like especially the Rough Collie, the graceful Collie, the Shetland sheepdog , and therefore the Australian Shepherd), although have a high incidence of a particular mutation within the MDR1 gene; the affected animals are particularly sensitive to the toxic effects of Ivermectin. Clinical evidence suggests kittens are susceptible to Ivermectin toxicity.

Side effects in dogs: In some dogs, it has dangerous side effects like brain & nervous system, the liver. For the subsequent reason, some vets prescribe a liver protector, like Liv-52, to provide with the Neomec. There is a test to ascertain if a private animal has the point mutation . For some dog breeds have a high incidence of adverse reaction. The risk of side effects associated with ivermectin depends on the dosage & on the susceptibility of the individual dog, and on the presence of a larval form of the heartworm.

When using for the low dose of heartworm prevention during a dog for free of charge of heartworms, it's relatively safe. At higher doses which may be used for treat other parasitic infections, the danger of side effects increases.

When utilized in a dog infected with heartworms, a shock-like reaction is believed to cause by dying microfilaria can occur. This type of reaction could also be amid lethargy, low blood heat , and vomiting. For dogs testing positive for heartworms are to be observed closely, a minimum of 8 hours following the administration of it.

Sensitivity in Collies and Similar Breeds: Neurotoxicity also can occur with ivermectin usage in some dogs. It is particularly common in dogs which have a mutation referred to as the MDR1, point mutation . The point mutation is understood to occur most ordinarily in breeds like - Collies, Australian Shepherds, Shelties, Long-haired Whippets and other breeds with white feet.

Symptoms of neurotoxicity include incoordination, muscle tremors, seizures, blindness, and death. Used at dosages for heartworm prevention is usually safe for these dogs. However, the drug should be used at higher doses for dogs which will possess the MDR1 point mutation . A test are often performed to see for the point mutation .

Side Effects in cats: they need a good high margin of safety. Known side effects include:

other neurological signs, like head pressing or wall climbing.

Vet instructions to use the drugs during a safe way :

The owners are going to be unaware of what had happened until the dogs began to fall ill.

Ivermectin is a member of the macrocytic lactone class of parasiticides, which is commonly used for heartworm preventative in small animals & for the treatment of certain types of external & internal parasites for many different species.

The difference for the safe use of ivermectin & poisoning is all about the dose and animal’s existing sensitivity to the drug.

Some dogs carry a gene (MDR1 or ABCB1) which makes doses of ivermectin & other drugs which are safe for the danger to those individuals.

For treatment of sarcoptic mange: 300 ug/kg 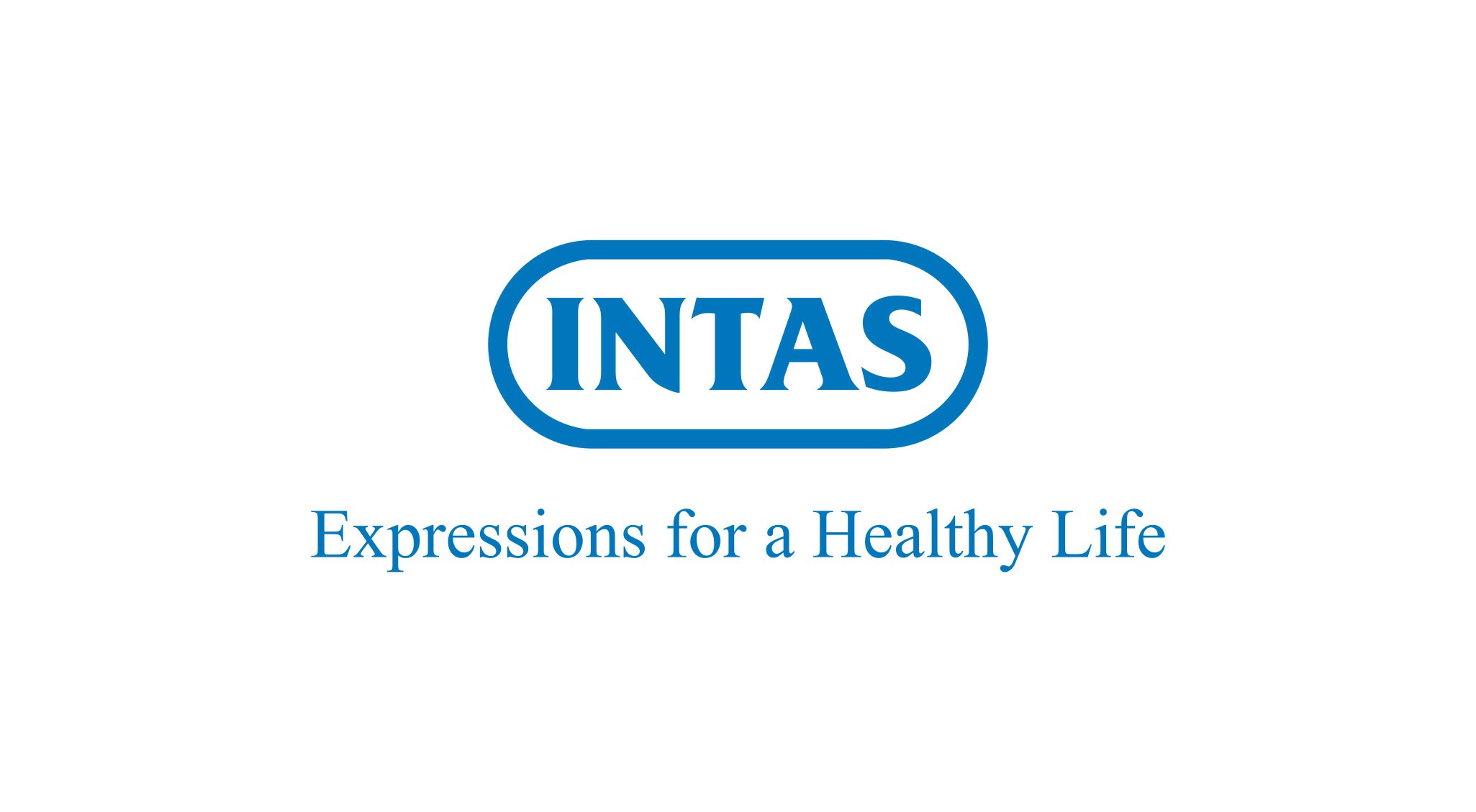 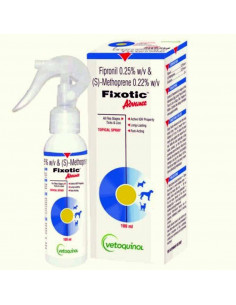 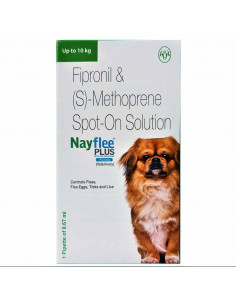 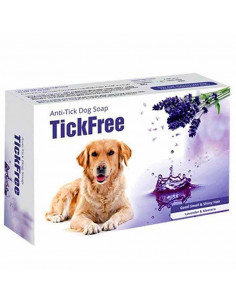 SKY-EC
1 Reviews
₹85.00 ₹100.00
Skyec Anti Tick &amp; Flea Soap has been specially formulated for the effective control of ticks and fleas on cats and dogs. The soap contains Propoxur which acts as an ectoparasitic and helps in reducing the ticks and fleas. Intas Softas Anti Tick &amp; Flea Soap is gentle on the skin and is easy to use. With regular use, the infestation can be reduced... 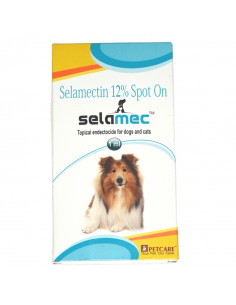 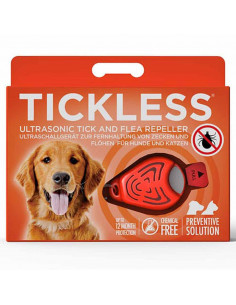 TICKLESS
PRO10-202
1 Reviews
₹2,200.00 ₹2,750.00
Tickless Pet, Ultrasonic Tick, and Flea Repeller: This small electronic device, designed as a pendant to be attached to a collar, is the ideal preventative solution to keep ticks and fleas away from dogs and cats in a 100% natural way. This product is completely non-toxic, This does not release any chemical substances or odours but works by emitting a... 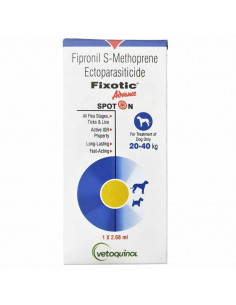 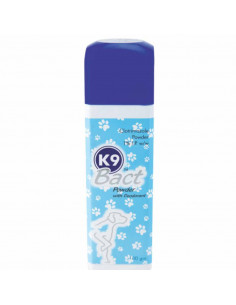 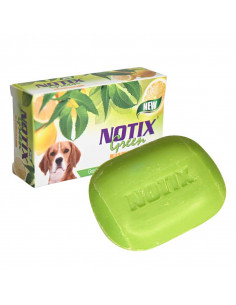 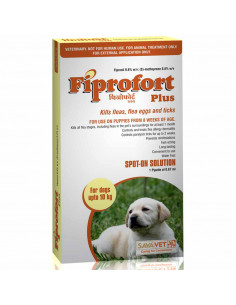 SAVAVET
1 Reviews
₹172.20 ₹210.00
For treatment and control of fleas, ticks, and chewing lice, for small Dogs. Recommended Dosage for Dogs  Weight Dose FIPROFORT PLUS for small dogs   For use on puppies from 8 weeks of age) upto 10 kg 0.67 ml/ pipette Suitable -Type - Spot on Small Breeds on puppies from 8-weeks  Weight upto 10 kgs 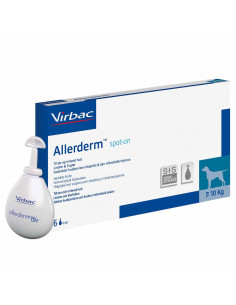 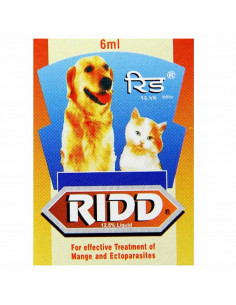 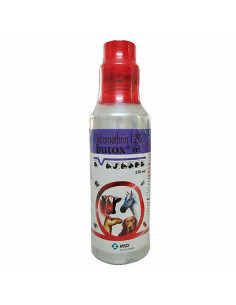 MSD
1 Reviews
₹418.50 ₹465.00
Butox Pour-On is an easily-applied pour-on product based on the proven active ingredient, deltamethrin. It controls lice, biting flies and nuisance flies and provides control for 8-10 weeks which is longer than any other available product in this segment. The advanced formula penetrates the oily layer of the skin to provide complete coverage of the body... 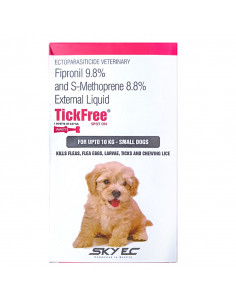 SKY-EC
₹237.80 ₹290.00
Sky Ec tick-free spot-on is an ectoparasiticide for dogs that kills and prevents the reinfestation of ticks and fleas. 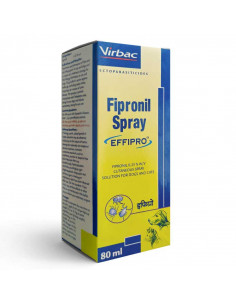 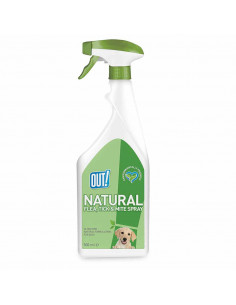 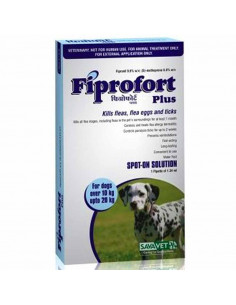 SAVAVET
1 Reviews
₹287.00 ₹350.00
For treatment and control of fleas, ticks, and chewing lice, for medium Dogs. Eliminates Flea and Ticks Easy to use Effective Treatment allergy dermatitis Dosage of Savavet Fiprofort plus 10 to 20 kgs FIPROFORT PLUS for medium dogs 10 - 20 kg 1.34 ml/ pipette Type - Spot on Suitable - Medium breeds from 12-weeks weighting 10 to 20 kgs
Tap to zoom
You need to login or create account